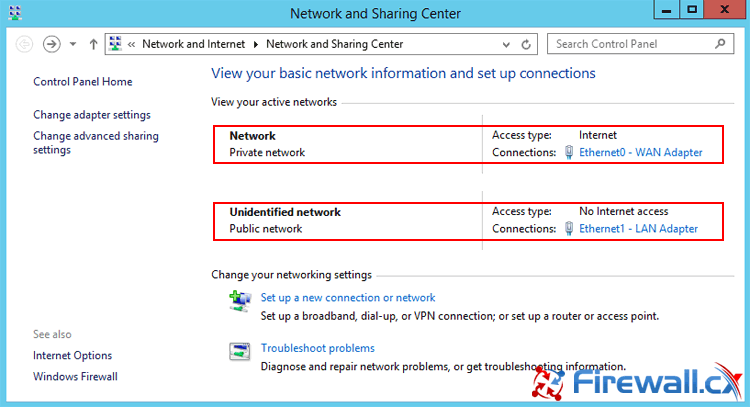 Notice that the command output is identical to what we saw in the Network and Sharing Center screenshot at the beginning of the article.

Users can use either the –InterfaceAlias or -InterfaceIndex parameter to select the network interface to be changed. Here are the full commands for each parameter:

Moving back to the Network and Sharing Center, we can see that both network interfaces are now bound to the correct network profile: 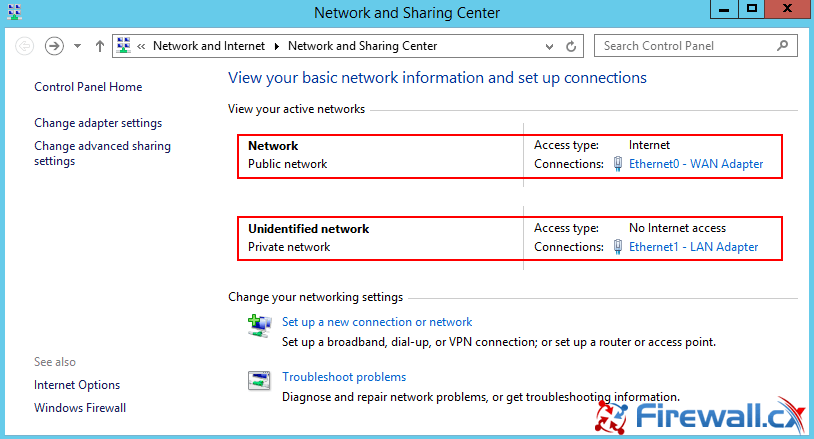 This article explained how to change the network profiles configured on a Windows Server 2012 network interface cards. We talked about the importance of having the correct network profiles configured to each network interface card and how this affect the Windows Firewall rules. We also showed two different PowerShell commands (Set-NetConnectionProfile -InterfaceIndex & Set-NetConnectionProfile –InterfaceAlias) that can be used to make the network profile changes.