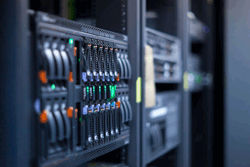 Hyper-V has proven to be a very cost effective solution for server consolidation. Evidence of this is also the fact that companies are beginning to move from VMware to the Hyper-V virtualization platform. This article will cover the Windows 2012 Hyper-V best practices, and aims to help you run your Hyper-V virtualization environment as optimum as possible.

Keeping your Hyper-V virtualization infrastructure running as smoothly as possible can be a daunting task, which is why we recommend engineers follow the best Hyper-V practices.

Best practices for Hyper-V vary considerably depending on whether you're using clustered servers. As a general rule-of-thumb the best thing you can do is try to configure your host server and your Virtual Machines in a way that avoids resource contention to the greatest extent possible.

Organizations who are considering migrating their infrastructure to Hyper-V, or are currently running on the Hyper-V virtualization platform, need to take note of the below important points that must not be overlooked:

Minimum: A 1.4 GHz 64-bit processor with hardware-assisted virtualization. This feature is available in processors that include a virtualization option—specifically, processors with Intel Virtualization Technology (Intel VT) or AMD Virtualization (AMD-V) technology.
Hardware-enforced Data Execution Prevention (DEP) must also be available and enabled. For Intel CPUs, this translates to enabling the Intel XD (“execute disable”) bit or while for AMD CPUs, the AMD NX (“no execute”) bit.

Minimum: 512 MB.  This is the bare minimum; however a logical approach would be at least 4 Gigs of RAM per virtual server.  If one physical server is to host 4 Virtual Machines, then we would recommend at least 16GBs of Physical RAM, if not more.  SQL servers and other RAM intensive services would certainly lift the memory requirements a lot higher. You can never have enough memory.

The settings for hardware-assisted virtualization and hardware-enforced DEP are usually available from within in the system’s BIOS; however, the names of the settings may differ from the names identified previously.
For more information about whether a specific processor model supports Hyper-V (virtualization), it is recommended to check at the manufacturer’s website.

As noted before, it is important to remember after modifying the settings for hardware-assisted virtualization or hardware-enforced DEP, you may need to turn off the power to the server and then turn it back on to ensure the new CPU settings are loaded.

Microsoft Assessment and Planning Toolkit (MAP) can be used to study existing infrastructure and determine the Hyper-V requirement. For organizations who are interested in server consolidation and virtualization through technologies such as Hyper-V, MAP helps gather performance metrics and generate server consolidation recommendations that identify the candidates for server virtualization and will even suggest how the physical servers might be placed in a virtualized environment.

The diagram below shows the MAP phases involved to successfully create the necessary reports:

Below is an overview of the Microsoft Assessment and Planning Toolkit application:

The following points are the best practices which should be considered before deploying your Windows Server 2012 Hyper-V infrastructure:

This command will ping the SAN (e.g. 10.50.2.35) with an 8K packet from the host. If replies are received, Jumbo frames are properly configured. Note that in the case a network switch exists between the host and iSCSI SAN, Jumbo frames must be enabled on that as well.

Next, we’ll request a listing of networks used by the host, as well as the metric assigned. This can be done by typing the following:

In order to change which network interface is used for CSV traffic, use the following PowerShell command:

This will set the network named "CSV Network" to 900

Note: Changing of this registy value requires a server reboot in order to take effect: 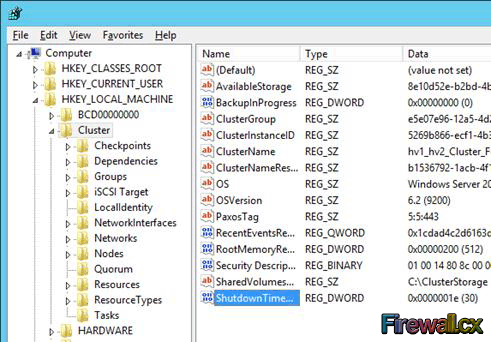 To enable ODX, open PowerShell (using ‘Run as Administrator’) and type the following:

This concludes our Windows 2012 Hyper-V Best Practices article. We hope you’ve found the information provided useful and that it helps make your everyday administration a much easier task.