We were lucky to get our hands on two different Unity Express modules, the ISM-SRE-300-K9 installed on a Cisco 2911 CCME, and the larger SM-SRE-700-K9 installed into a Cisco 3945 CCME.

The following table shows the technical specifications of both ISM-SRE-300-K9 & SM-SRE-700-K9:

While the configuration procedure for both modules is identical, physically there are many differences that cannot be overlooked. 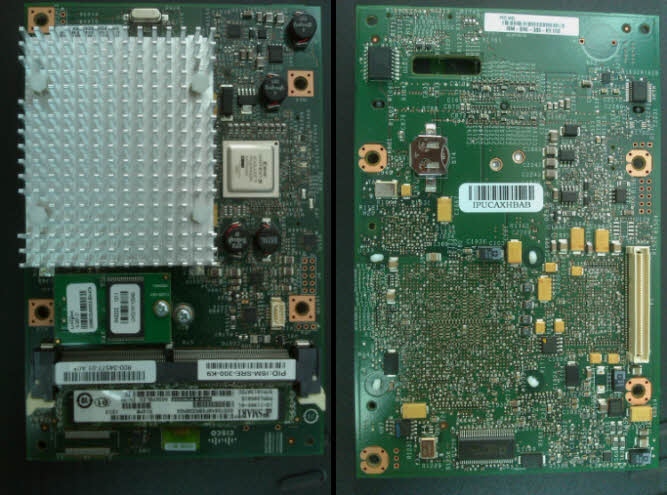 The ISM-SRE-300 is the smallest internal module available for the newer ISRG2 routers but certainly does not hold back in performance or capabilities. With a whopping 100 mailbox support and up to 10 concurrent voice ports, its capable to deliver enterprise class services.

As an ISM module, it is installed by opening the router’s lid and connecting it to the special ISM port located on the back left area of the main board or front right area, depending on which way the router is facing. On our Cisco 2911 ISR-G2 CallManager Express  router, we've marked the ISM connector yellow in the picture taken below: 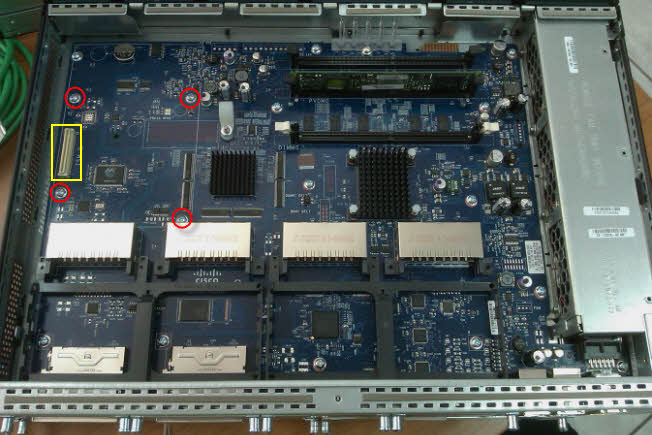 In the picture above, we see our Cisco 2911 router, open and ready to accept the ISM module. Note that there is only one ISM connector on the main board, which means you can only install one ISM module.

This is what the 2911 router looks like inside, after the ISM-SRE-300 is firmly placed in its position and secured with the necessary screws: 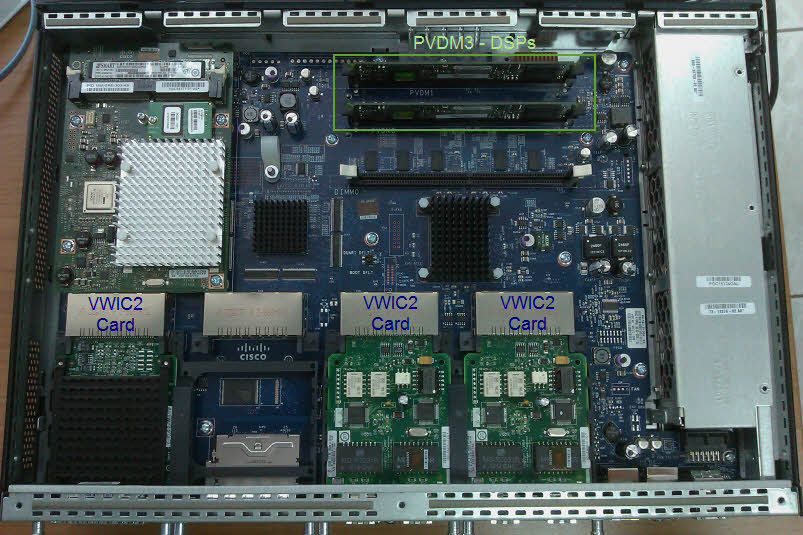 The SM-SRE-700-K9 is the big SM brother targeted for larger enterprises with support up to 500 mail boxes and expandable to 32 concurrent voice ports. Looking at the picture we took during the installation, it is evident we are talking about a whole server on a single board – the only thing missing is a VGA card!  The SM-SRE-700-K9 is capable of running VMware vSphere Hypervisor and host Windows machines running one or more Windows Server operating system! 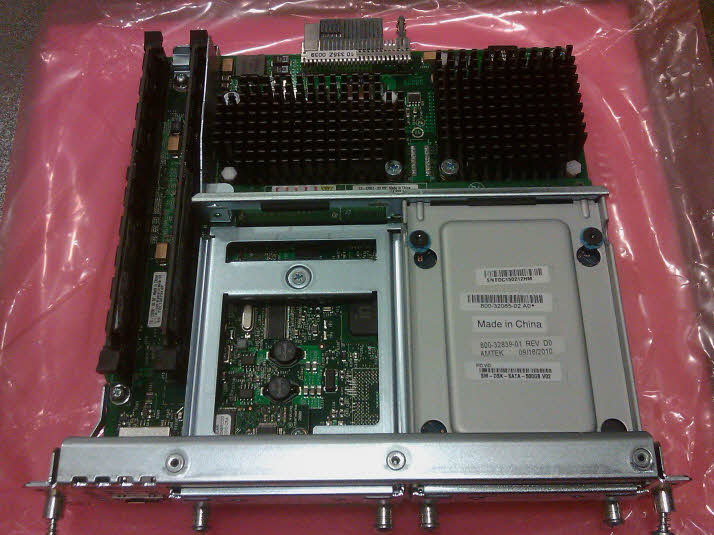 The system’s hard disk drive is visible on the lower right area and next to it there is an empty slot ready to accept a second disk drive. On the left is the system’s DRAM – 4 GB in total (2x2GB) and we suspect the central processor is located to the right side of the DRAM memory as there’s a sticker right behind the empty hdd slot warning that the heat sink gets hot.

Once neatly tucked in its place, we are ready to power up the Cisco 3945 router and being the setup. 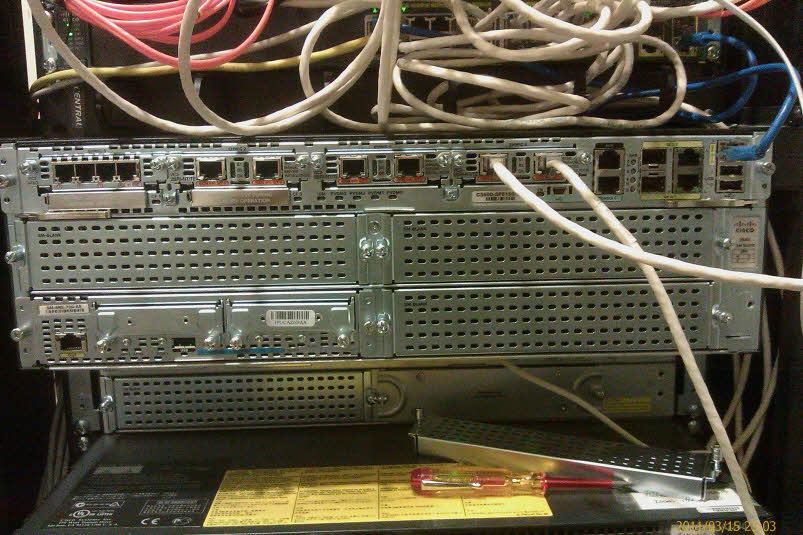 Next: The second part of our Unity Express installation guide.  Part-2 covers the initial configuration of CallManager Express, necessary to establish communication with the Unity Express module, IP configuration, initilization of the setup procedure plus much more.

The article provides step-by-step instructions with all necessary details and as always includes screenshots of the setup process.  Click here to read Part-2 of our Unity Express Setup/Installation.

Back to Cisco VoIP/CCME - CallManager Section