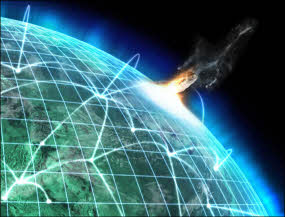 Internet has been around in its current form since the 1980s. What started off as an in-house project in ARPA in 1958 rapidly expanded into what we know today as the Internet. IPv4 as a protocol has been in practice since the 1980s. Back then it was only designed to allocate addresses for a few billion, 4.3 billion to be exact. The Internet Assigned Numbers Authority (IANA) was in charge of allocating these addresses and it did so by sending them in blocks of 16.8 million. This it did by putting in place certain regional Internet registries or RIRs.

But as the popularity of the Internet grew exponentially, so did the need for more and more IP addresses. This already was becoming a problem in the late 1980s. Through time, as computers become more affordable and people wanted to be on the World Wide Web, the need was growing more acute. With more advancement of technology, today, phones, cameras, video game consoles and other devices are also joining the internet.

This added to the issue of the lack of IP addresses to allocate to this new breed of machines on the Internet. IANA officially exhausted its pool of addresses on 31st January 2011 and one RIR exhausted its on 15th April 2011. The rest are destined to run out within the next few years.

Guided by this sense of Internet catastrophe, the most logical solution to this problem was to create a new protocol, a protocol that would go where no protocol has gone before, or at least provide more internet addresses to use.

As is traditional in our networking community, prescribed by the Internet Engineering Task Force or IETF (the main promoter and developer of Internet standards), any new standard, method, behaviours, research and innovation needs to be published as a memorandum. This can include anything that involves or is applicable to the internet or internet related systems. It’s what they call a Request for Comment or an RFC.

Hence, an RFC was released in January 1995 that detailed the creation of a new protocol IPv6. This was called RFC 1752 and the opening lines said, and I quote “This document presents the recommendation of the IPng Area Directors on what should be used to replace the current version of the Internet Protocol.”

The solution was for IPv6 to accommodate the increased demand by providing a much larger address space, along with improved traffic routing and better security. Some of the salient features include:

The recommendation to create the next generation protocol was raised in the Toronto IETF conference. The main changes from IPv4 can be summarised as follows:

So, in all, the proposal was adopted by IETF and implemented. The deployment of IPv6 is the only available solution to the IPv4 address shortage. IPv6 is endorsed and implemented by all Internet technical standards bodies and network equipment vendors. It encompassed many design improvements, including the replacement of the 32-bit IPv4 address format with a 128-bit address for a capacity of about 3.4×1038 addresses. IPv6 has been in active production deployment since June 2006.

In the next tutorial, IPv6 - Analysing the IPv6 Protocol Structure and IPv6 Header, we will see exactly how and why is IPv6 the next best thing since sliced bread, or in our world, the next best protocol!

Back to Network Protocols Section