The 'Cisco KnowledgeBase' section is one of the newest and most popular section on Firewall.cx. Dedicated to Cisco's leading technological inovations, this section offers articles covering multiple categories such Cisco Routers, Switches, Voice over IP and much more.

All articles are written by qualified engineers with years of experience and are complimented by our unique diagrams.

The quality of provided information is so high, readers can use it as a guideline for learning Cisco Technologies, but also for self-study exams.

We should note that Firewall.cx is only site, officially recommended by Cisco's Network Academy Program (see Site Related/Awards section), which confirms the validity of Firewall.cx and provided information. 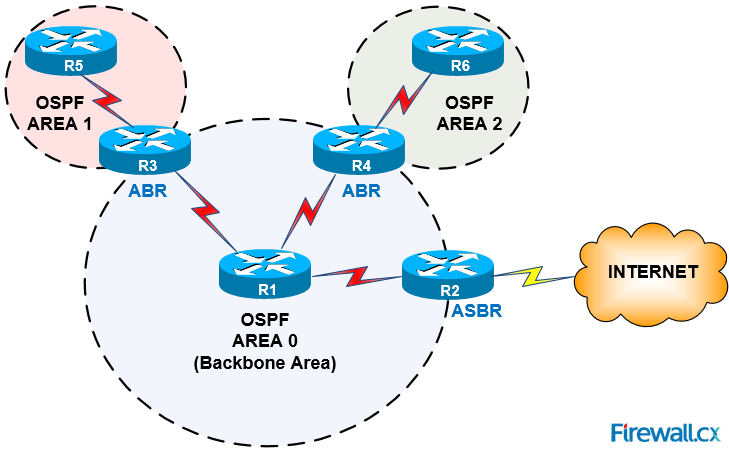 One of the most difficult things for people who are starting out in a networking career is getting their hands on the equipment. Whether you are studying for Cisco certification or just wanting to test certain network behaviors in a lab, no one would argue that practicing is the best way to learn.

I have seen people spend hundreds or thousands of dollars (myself included) buying used networking equipment in order to build a home Cisco lab to gain practical experiences and study for certification exams. Until a few years ago it was the only option available, or you had to rent lab hours through one of the training companies.

GNS3 is a well-known free network simulation platform that has been around for many years. Cisco IOS on UNIX (IOU) is another option for running Cisco routers in a virtual environment. It is a fully working version of IOS that runs as a user mode UNIX (Solaris) process. IOU was built as a native Solaris image and runs just like any other program. One key advantage that Cisco IOU has is that it does not require nearly as much resources as GNS3 and VIRL would require. However, the legality of the source of Cisco images for GNS3 is questionable. 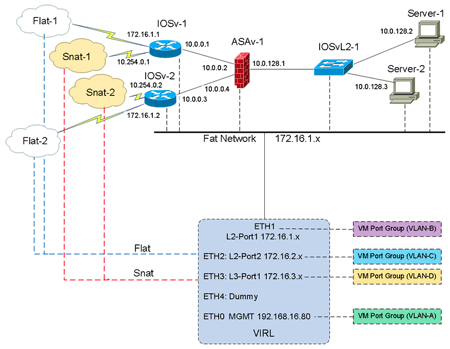 If you are not an authorized Cisco employee or trusted partner, usage of Cisco IOU is potentially a legal gray area. Because of lack of publicity and availability to average certification students and network engineers, online resources are limited and setting up a network takes much more effort. Also, due to missing features and delays in supporting the recent Cisco image releases, Cisco is not recommending them to engineers and students.

Routing is one of the most important features in a network that needs to connect with other networks. In this page we try to explain the difference between Routed and Routing protocols and explain different methods used to achieve the routing of protocols.The fact is that if routing of protocols was not possible, then we wouldn't be able to comminucate using computers because there would be no way of getting the data across to the other end !

Routing is used for taking a packet (data) from one device and sending it through the network to another device on a different network. If your network has no routers then you are not routing. Routers route traffic to all the networks in your internetwork. To be able to route packets, a router must know the following :

Convergence: The process required for all routers in an internetwork to update their routing tables and create a consistent view of the network, using the best possible paths. No user data is passed during convergence.

Default Route: A "standard" route entry in a routing table which is used as a first option. Any packets sent by a device will be sent first to the default route. If that fails, it will try alternative routes.

Static Route: A permanent route entered manually into a routing table. This route will remain in the table, even if the link goes down. It can only be erased manually.

Dynamic Route: A route entry which is dynamically (automatically) updated as changes to the network occur. Dynamic routes are basically the opposite to static routes.

We start off with the explanation of the IP routing process and move onto routed protocols, then tackle the routing protocols and finally the routing tables. There is plenty to read about, so grab that tea or coffee and let's start!

Supernetting, also known as Classless InterDomain Routing (CIDR), is another awesome subject. It exists thanks to the wide adoption of the Internet, which lead to the exhaustion of the available IP Addresses. More specifically, supernetting was invented in 1993 with the purpose of extending the 32 bit IP address lifetime until the adoption of IPv6 was complete.

Putting it as simply as possible, supernets are used to combine multiple Class C networks into groups, which the router, in turn, treats as one big network. It might not seem like a smart thing to do, but if you look at the picture on a larger scale you will notice some of the really awesome advantages this offers.

The creation of Supernets is also known as Address Aggregation.

The sections below analyse Supernetting and CIDR, both which are extremely important to understand since they are used by all ISP's and large networks.