Originally inspired by Cisco Champions Chris Partsenidis and Derek Hennessy, and backed up by Cisco Systems we decided it was time to get Australia’s Cisco community together. Monthly meetings are held at a great location in Melbourne CBD along with free beer & food and great discussions! 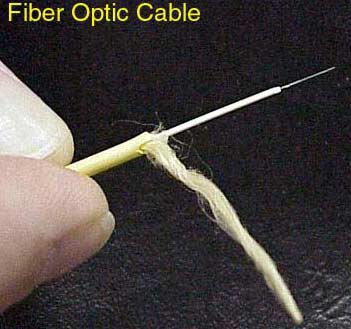 This December (2015) is a very special one. It signals 15 years of passion, education, learning, success and non-stop ‘routing’ of knowledge and technical expertise to the global IT community.

What began 15 years ago as a small pitiful website, with the sole purpose of simplifying complicated networking & security concepts and sharing them with students, administrators, network engineers and IT Managers, went on to become one of the most recognised and popular network security websites in the world.

Thanks to a truly dedicated and honest team, created mainly after our forums kicked in on the 24th of October 2001, Firewall.cx was able to rapidly expand and produce more high-quality content that attracted not only millions of new visitors but also global vendors.

Our material was all of a sudden used at colleges and universities, was referenced by thousands of engineers and sites around the world, then Cisco Systems referenced Firewall.cx resources in its official global CCNA Academy Program!

Today we look back and feel extremely proud of our accomplishment and, after all the recognition, positive feedback from millions and success stories from people who moved forward in their professional career thanks to Firewall.cx, we feel obligated to continue working hard to help this amazing IT community.

Readers who have been following Firewall.cx since the beginning will easily identify the colourful Firewall.cx logo that has been with us since the site first went online. While we’ve changed the site’s design & platform multiple times the logo has remained the same, a piece of our history to which users can relate.

Obviously times have changed since 2000 and we felt (along with many other members) that it was time to move forward and replace our logo with one that will better suit the current Firewall.cx design & community, but at the same time make a real statement about who we are and what our mission is.

So, without any further delay, we would like to present to our community the new Firewall.cx logo:

Our new logo communicates what Firewall.cx and its community are all about. The new slogan precisely explains what we do: Route (verb) Information (knowledge) and Expertise to our audience of Network Professionals – that’s you. Of course, we still remain The No.1 Site for Networking Professionals :)

The icon on the left is a unique design that tells two stories:

We hope our readers will embrace the new logo as much as we did and continue to use Firewall.cx as a trusted resource for IT Networking and Security topics.

On behalf of the Firewall.cx Team - Thank you for all your support. We wouldn’t be here without you.

This section contains articles covering Networking news from around the world.

Articles published in this sub-category cover a number of topics and fall within multiple other categories. These articles are of general interest and cover topics such as Security, general Windows software, technologies and many more.

We will continue populating this section as we progress and will happily include any suggestions from our readers.

Routing is one of the most important features in a network that needs to connect with other networks. In this page we try to explain the difference between Routed and Routing protocols and explain different methods used to achieve the routing of protocols.The fact is that if routing of protocols was not possible, then we wouldn't be able to comminucate using computers because there would be no way of getting the data across to the other end !

Routing is used for taking a packet (data) from one device and sending it through the network to another device on a different network. If your network has no routers then you are not routing. Routers route traffic to all the networks in your internetwork. To be able to route packets, a router must know the following :

Convergence: The process required for all routers in an internetwork to update their routing tables and create a consistent view of the network, using the best possible paths. No user data is passed during convergence.

Default Route: A "standard" route entry in a routing table which is used as a first option. Any packets sent by a device will be sent first to the default route. If that fails, it will try alternative routes.

Static Route: A permanent route entered manually into a routing table. This route will remain in the table, even if the link goes down. It can only be erased manually.

Dynamic Route: A route entry which is dynamically (automatically) updated as changes to the network occur. Dynamic routes are basically the opposite to static routes.

We start off with the explanation of the IP routing process and move onto routed protocols, then tackle the routing protocols and finally the routing tables. There is plenty to read about, so grab that tea or coffee and let's start!

This category contains articles covering the installation and configuration of Windows 2003 Server services. All articles contain step-by-step screenshots to make them easier to follow. No matter how novice or advanced your knowledge on Windows 2000 Technologies is, following the provided instructions is very easy and straight-forward.