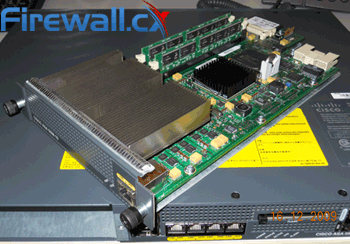 Cisco’s Adaptive Security Appliance (ASA) Firewalls are one of the most popular and proven security solutions in the industry. Since the introduction of the PIX and ASA Firewall into the market, Cisco has been continuously expanding its firewall security features and intrusion detection/prevention capabilities to adapt to the evolving security threats while integrating with other mission-critical technologies to protect corporate networks and data centers.

With the addition of the software or hardware module, customers are able to increase the firewall’s security and protection capabilities while at the same time simplifing security management and administration by dealing with a single firewall device instead of multiple firewall, IPS or IDS devices.

While this article covers the hardware modules available for the Cisco ASA 5500 Firewall series, upcoming articles will cover both software and hardware modules along with Cisco FirePOWER & FireSIGHT management services for the newer ASA 5500-X series.

Each hardware module card is equipped with its own CPU, RAM and Flash storage space, running a separate operating system that integrates with the ASA Firewall via its internal network ports.

Let’s take a brief look at each category.

The articles to follow deal with one of the most discussed topics around the world, e-mail security. GFI.COM was kind enough to allow Firewall.cx visitors to gain access to their excellent White Page database covering hot e-mail security topics.

The following articles deal with one of the hottest topics around: Network, Web and IDS (Intrusion Detection System) Security.

The articles have been carefully selected to ensure they provide acurate and upto date information to our readers, while some have been written by our team, in response to our visitors request!