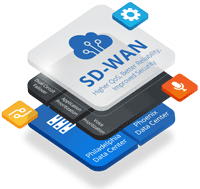 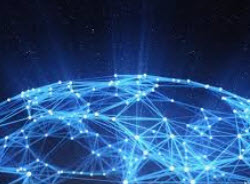 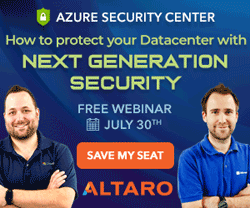 Security is a major concern for IT admins and if you’re responsible for important workloads hosted in Azure, you need to know your security is as tight as possible. In this free webinar, presented by Thomas Maurer, Senior Cloud Advocate on the Microsoft Azure Engineering Team, and Microsoft MVP Andy Syrewicze, you will learn how to use Azure Security Center to ensure your cloud environment is fully protected.

There are certain topics in the IT administration world which are optional but security is not one of them. Ensuring your security knowledge is ahead of the curve is an absolute necessity and becoming increasingly important as we are all becoming exposed to more and more online threats every day. If you are responsible for important workloads hosted in Azure, this webinar is a must!

Being an Altaro-hosted webinar, expect this webinar to be packed full of actionable information presented via live demos so you can see the theory put into practice before your eyes. Also, Altaro put a heavy emphasis on interactivity, encouraging questions from attendees and using engaging polls to get instant feedback on the session. To ensure as many people as possible have this opportunity, Altaro present the webinar live twice so pick the best time for you and don’t be afraid to ask as many questions as you like!