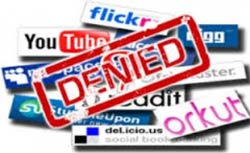 Ensuring users follow company policies when accessing the internet has become a real challenge for businesses and IT staff. The legal implications for businesses not taking measures to enforce acceptable user policies (where possible) can become very complicated and businesses can, in fact, be held liable for damages caused by their users or guests.

A good example, found in almost every business around the world, is the offering of guest internet access to visitors. While they are usually unaware of the company’s ICT policies (nor do they really care about them) they are provided with free unrestricted access to the internet.

Sure, the firewall will only allow DNS, HTTP and HTTPS traffic in an attempt to limit internet access and its abuse but who’s ensuring they are not accessing illegal sites/content such as pornography, gambling, etc., which are in direct violation of the ICT policy?

This is where solutions like GFI WebMonitor help businesses cover this sensitive area by quickly filtering website categories in a very simple and effective way that makes it easy for anyone to add or remove specific website categories or urls.

How to Block Legal Liability Sites

Enforcing your ICT Internet Usage Policy via WebMonitor is a very simple and fast process. From the WebMonitor web-based dashboard, click on Manage and select Policies:

Note: Click on any image to enlarge it and view it in high-resolution 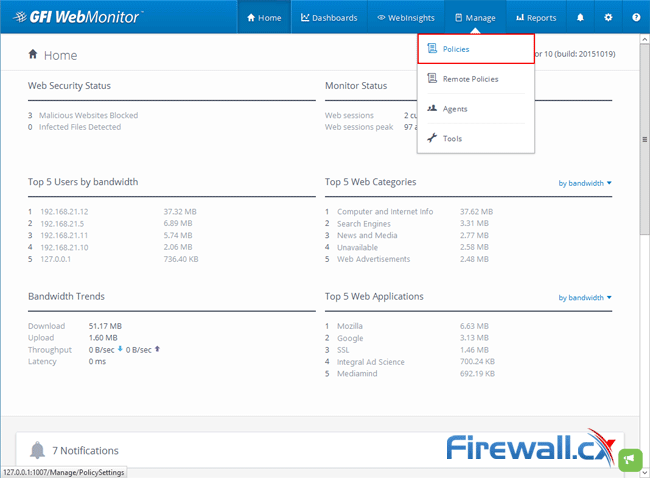 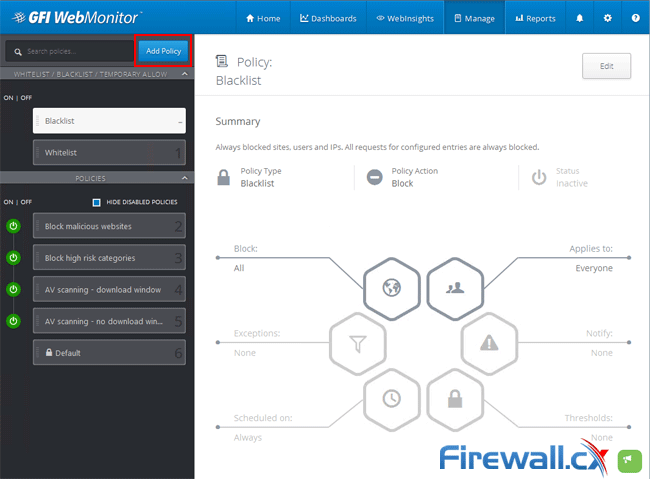 Our previous article examined the benefits of Palo Alto Networks Firewall Single Pass Parallel Processing (SP3) architecture and how its combine with the separate Data and Control planes to boost firewall performance and handle large amounts of traffic without and performance impact. This article focuses on the traffic flow logic inside the Palo Alto Firewall and two unique features that separate it from the competition: Application-based policy enforcement (App-ID) & User Identification (User-ID).

Flow Logic of the Next-Generation Firewall

The diagram below is a simplified version of the flow logic of a packet travelling through a Palo Alto Networks Next-Generation Firewall and this can be always used a reference to study the packet processing sequence: 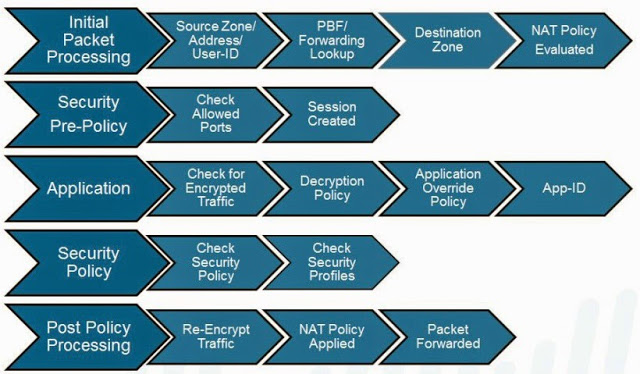 Figure 1. Flow Logic of a packet inside the Palo Alto Networks Next Generation Firewall

App-ID is the biggest asset of Palo Alto Networks Next-Generation Firewalls. Traditional firewalls block traffic based on protocol and/or ports, which years ago seemed to be the best way of securing the network perimeter, however this approach today is inadequate as applications (including SSL VPNs) can easily bypass a port-based firewall by hopping between ports or using well-known open ports such as tcp-http (80) or tcp/udp-dns (53) normally found open.

A traditional firewall that allows the usage of TCP/UDP port 53 for DNS lookups, will allow any application using that port to pass through without asking second questions. This means that any application can use port 53 to send/receive traffic, including evasive applications like BitTorrent for P2P file sharing, which is quite dangerous: 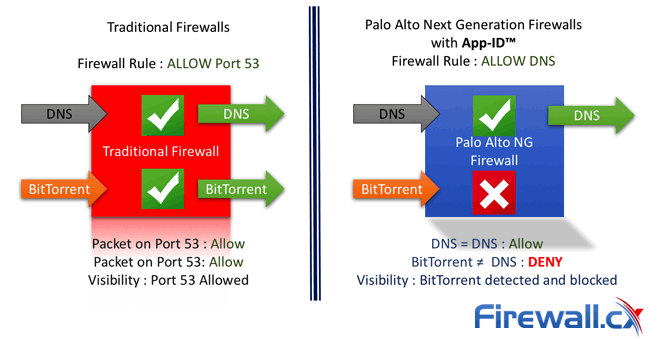 With App-ID, Palo Alto Networks Next-Generation Firewalls uses multiple identification mechanisms to determine the exact identity of applications traversing the network. Following is the order in which traffic is examined and classified: